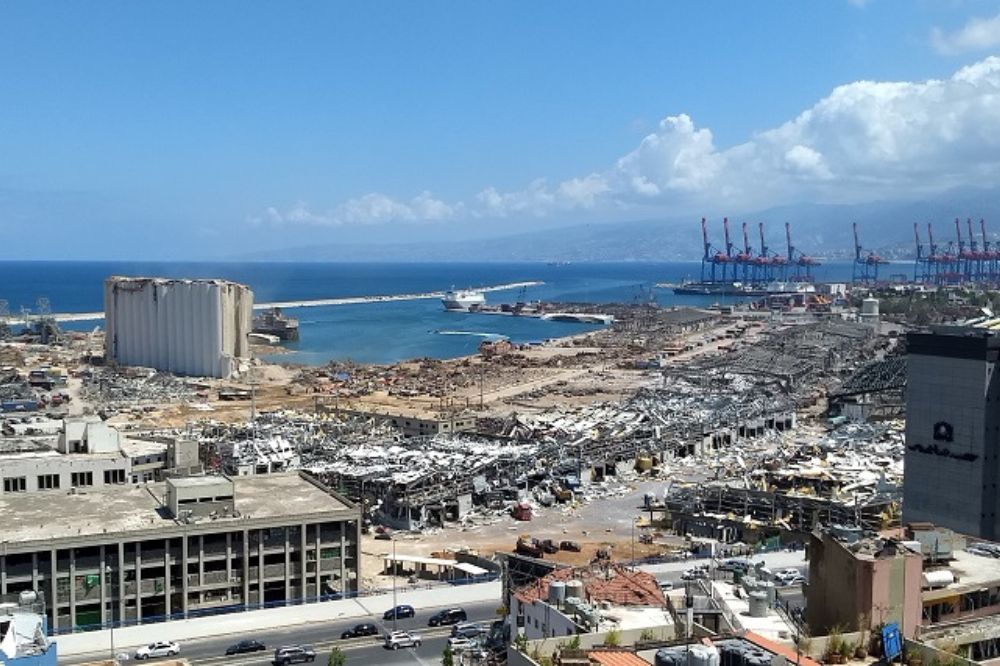 Two years ago, the Beirut port explosion damaged or destroyed the homes of 300,000 people, left more than 200 people dead, injured 7,000, and left most of the capital’s inhabitants traumatized. When this catastrophe happened, Lebanon had already been going through nearly a year of months of political turmoil and mass protests, the collapse of its economy and banking system, and the COVID-19 pandemic.

These overlapping crises required a long-term response. For more than a year and a half, we supported 20 churches and community-based partners in Beirut as they responded to the needs of over 6,000 households in their neighborhoods.

In the process, God opened many doors for them to build new meaningful relationships and strengthen their practical Christian testimony. Although humanitarian needs have never been higher and the worse is still to be expected, they continue to hope and pray for the best, determined to remain salt and light to the vulnerable in their midst.

Quick to respond, steadfast to support

The strength of our network of local partners enabled us to respond quickly and in a coordinated way, while increased support helped us reach more people in more locations. We were also able to reach new groups of vulnerable people, such as Lebanese families and migrant workers, in addition to Syrian refugees.

By sustaining our response over 20 months, our partners were able to assist vulnerable households affected by the Beirut blast and economic crisis longer than the average of other Beirut blast programs, many of which ended in 2021 despite prevailing high humanitarian needs. Rania, who oversees the relief ministry of a partner church, shares:

“The families we serve tell us that many people and organizations promised they would help them but abandoned them somewhere on the way. By contrast, they are so thankful that we were able to stand by their side and even the smallest things we helped them with gave them some joy during these difficult times.”

Continue Reading
← The Disturbing Daughters of Hope: Reflections on Spiritual Muscle for Troubled Times Out of Dry Bones He Makes an Army →