BEIRUT: It is a unique beauty in the world, anywhere in the world, to observe the exuberance, laughter, and singing of children. That same beautiful sight becomes especially meaningful when an observer knows the tragedies and tumult the children have endured.

In Lebanon, Baptist Children and Youth Ministry makes it their priority to serve children, to create safe moments for them to have fun and be kids, to show them unconditional love in a world too-characterized by hate, and to give them a consistent message of hope in Jesus. 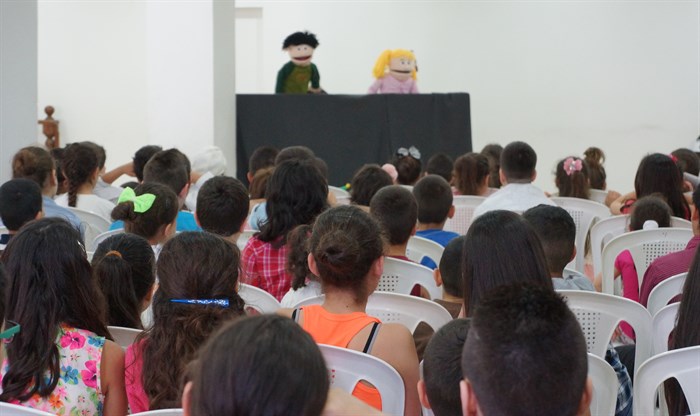 In May, the BCYM team had the opportunity to serve two unique groups of children. Both are from Christian minority groups who have become refugees in Lebanon due to persecution in their country of origin. One particular group of Syrian refugees are part of the historical Assyrian Church, an Eastern expression of Christianity that can be traced back to the 3rd century AD and which maintains the use of Aramaic (specifically in its Syriac dialect) in its liturgy. Members of Chaldean churches in Iraq, whose roots are similar historically to the Assyrian Church although they have their own unique heritage, have arrived within the last year because of the movement of ISIS through their homeland.

The BCYM team worked hard to prepare a day of refuge and joy for both of these groups of children in May. In between puppet shows, interactive songs, and a big, hot meal, Pastor Joseph Kazzi pointed the group of Assyrian children to the One who called Himself “the Light of the world,” Jesus (John 8:12). He then transitioned his message to the role children can play, and play especially well, even at a young age: “You are the light of the world” (Matthew 5:14).

BCYM children’s events always include a hot meal for the children and their parents. (Photo: Ashley al-Saliby)

At a similar event for Chaldean children from Iraq, Pastor Joseph gave the gift of hope to the engaged and energetic crowd as he reminded them how much their individual concerns matter to God. The rows of children that had sang and danced a few minutes before became attentive as they were reminded that Jesus invites them to bring their requests to God, who loves to listen to them and who will respond.

The partnerships that form to serve the children, and the refugee communities they represent, are also significant. On May 9th, BCYM partnered with the Assyrian Orthodox Church, who hosted the event in their facilities. They were welcomed on May 30th by the Chaldean Diocese of Beirut when they joined together to serve children at the St. Raphael Cathedral.

When these compassionate partnerships form, it isn’t only the children who walk away blessed. Perhaps even more so, parents are moved as they sit around the edges of the room, watching with tears in their eyes as their children laugh and sing. They have had to watch too much fear and sadness on the faces of their children and, like parents all over the world, are grateful when their children are provided a place and time to forget the burdens they’re too young to be carrying. Additionally, children left both events with a $60 food voucher to take to their families. For the refugee recipients, this is an invaluable expression of compassion that meets an urgent need in their lives. 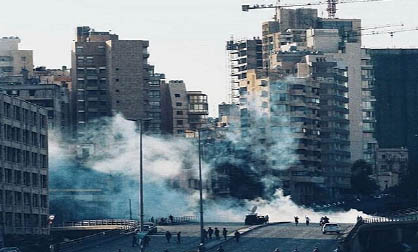 When the Victory of God seems like a Distant Dream

Showing Love in a Time of War